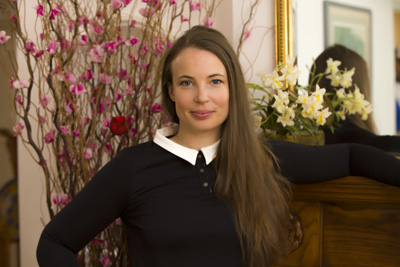 BuyMeOnce founder Tara Button will be joining us on Twitter for #MIVReveals on Wednesday 20th July 2016 at 4pm.

Tara Button has been an environmentalist ever since she can remember and aged seven conceived a plot to project "Save the Earth!" onto the moon (sadly her dad's torch didn't reach that far).  Twenty five years later, she was writing adverts for Le Creuset who make beautiful heirloom cookware, guaranteed for life.  It struck her that if more people bought products like this (less throwaway and more “lifetime heirlooms”) it could solve many environmental problems and also save people money in the long run.

The idea of BuyMeOnce was born, a website that gathered together all the longest lasting, best made products and campaigned for better longevity in a throwaway world where planned obsolescence has become the norm.

The site went viral in January 2016 with an article in the Telegraph which led to world-wide media attention and over a million visitors coming to the site.  In the last couple of months, she has spoken on American TV on CNBC and been given a book deal with a major international publisher. Through these efforts she hopes to spread her message, help change consumer behaviour and fulfil her childhood dream of saving the world!

If you want to hear more from Tara Button about BuyMeOnce, then tune into our Twitter interview on Wednesday 20th July at 4pm, following the hashtag #MIVReveals.