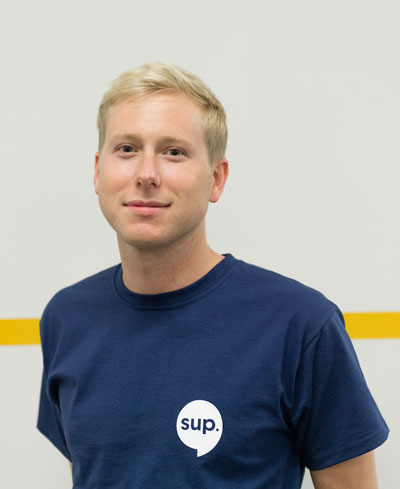 Founder of hyperlocal app Sup, Rich Pleeth, will be joining us on Twitter for #MIVReveals on Wednesday 1st June 2016 at 4pm.

Sup helps make serendipitous moments between friends happen more. Rich has led Sup to successfully raised $1.1m from JamJar, Jim Mellon, The Founder of Wahanda, Force Over Mass Capital and others in September 2015.

Prior to founding Sup, Rich was the Chief Marketing Officer at GetTaxi, leading their expansion and marketing around the world and raising their $150 Series D round in August 2014.  Rich also worked at Google as the lead on Chrome marketing, helping make Chrome the UK and world’s number 1 browser. He launched Chromebooks to market and was responsible for Google Doodles from 2012 - 2013.

Outside of work Rich is a keen Kite Surfer and adventurer having been to 59 countries including North Korea and in 2012 finished the Mongol Rally in a Nissan Micra.

If you want to hear more from Rich Pleeth, then tune into our Twitter interview on Wednesday 1st June at 4pm, following the hashtag #MIVReveals.